The biggest and possibly most controversial news this week is the announcement that the 2017 Dodge Challenger will now come with an all-wheel-drive option. Called the Challenger GT, this is the first American muscle car to be offered with all-wheel drive, which is something we’re sure people are up in arms about, yet secretly thankful for, especially drivers who have to deal with winter weather.

Under normal conditions, all the power is just sent to the rear wheels, and then if the car detects more traction is needed, it engages the front axle. It won’t be offered in a manual or with a V8 - a V6 and 8-speed auto are the only ones available.

The all-wheel drive Challenger arrives in early 2017 with pricing in the U.S. starting at just over $33-grand.

Also this week, Aston Martin confirmed that its hyper-expensive hypercar is already sold out! Although they never confirmed pricing, the AM-RB 001 is rumored to cost about $3-million, and all 150 street legal ones have already been spoken for. The car, which is a collaboration between Aston Martin and Red Bull, is powered by a V12 that apparently outputs an insane 1,000 horsepower and can rev all the way up to 11,000 rpm. Luckily, 25 track-only versions of the car are still up for grabs.

In spy photo news, the upcoming Buick Regal Wagon has been caught in the U.S. completely undisguised. The car was spotted in California during a company photoshoot, and although it has an Opel badge, when it arrives here as a Buick, it’s going to look exactly the same, which is great news, because this is a legitimately pretty wagon. Too bad North Americans don’t buy wagons anymore. We can expect more details about powertrain and performance when the Buick officially debuts in the Geneva Motor Show in March.

And we got some bad news from Mazda this week! They confirmed that they have no plans of building a sports car bigger than the Miata, which means the RX-9 with a rotary engine isn’t coming anytime soon. When the beautiful RX-Vision concept came out, it renewed hope in the rotary faithful that the RX-9 would make a comeback, but Mazda’s CEO this week basically put a stop the rumors and confirmed that isn’t happening. The good news is that Mazda is still researching a new rotary engine, however, when and if it arrives, it likely won’t be powering a sports car.

In some more bad news, the mayors of four major cities have vowed to ban diesel cars by 2025. Surely part of the fallout from the Volkswagen diesel scandal, Paris, Madrid, Athens and Mexico City have all pledged to rid their cities of diesel vehicles in the next 9 years. Athens went a step further, saying that it wants to rid the city of cars in general. The mayors said air pollution and health problems due to diesel engines are cause for concern. 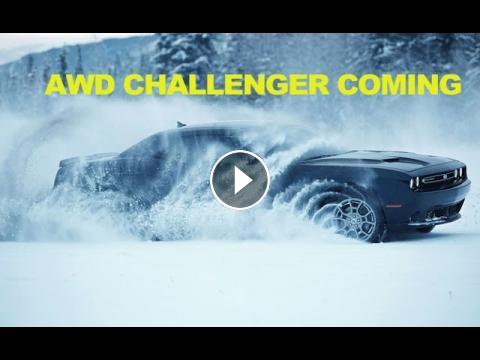 Welcome to AutoGuide.com‘s weekly news roundup, where you’ll get a quick rundown of the week’s five biggest automotive news stories.The biggest and po...