admin
A lot of the news we have this week has to do with cars that will debut at the Geneva Motor Show and this week, and one of those is Toyota’s upcoming hot hatch. To keep the hoards of Toyota performance fans satisfied until the Supra gets here, the Japanese automaker will have the Toyota Yaris GRMN, which will have a supercharged 1.8-liter four-cylinder engine outputting 210 hp. GRMN apparently stands for Gazoo Racing Masters of the Nurburgring. Not much else is known about this Yaris except it is inspired by Toyota’s return to the World Rally Championship and it will compete with the Ford Fiesta ST. North American availability has not yet been confirmed, but it will debut at the Geneva Motor Show in March.

Mercedes also has a bunch of debuts for Geneva. Mercedes will for sure debut an E-Class Convertible, but it has also been rumored that they will debut a concept for a fastback AMG GT Sedan to compete with the Porsche Panamera and Audi RS7. If it does make it to production, the four-door fastback, which may be called the GT4, will replace the aging CLS and likely come with a 4.0-liter twin-turbo V8 engine generating around 600 horsepower.

The Geneva Motor Show is known as the place where supercars debut, and McLaren is joining in on the fun. McLaren will debut the next generation Super Series car. Believed to be called the 720S, it’s been confirmed that the supercar will be powered by a 4.0-liter twin-turbo V8 that can rocket the coupe to 124 mph in 7.8 seconds. From that speed, it can also brake to a standstill in just 4.6 seconds and 117 meters, a figure that’s close to the McLaren P1’s stopping distance. The new supercar will be built around a lightweight carbon fiber monocoque, have an advanced adaptive chassis with a variable drift mode, and an active wing.

There’s also a really obscure new Italian supercar debuting in Geneva that’s powered by the same engine found in the Audi R8 and Lamborghini Huracan. Italdesign, which is the same design house that brought us such famous cars as the Lotus Esprit, the DeLorean, Volkswagen Scirocco, and, uh, the Daewoo Lanos, is coming out with a new supercar. It doesn’t have a name yet, but it is based on a modular chassis made of carbon fiber and aluminum. Under the hood, it will get a 5.2-liter V10 that will get the car to 60 in just 3.2 seconds and on to a top speed of more than 205 mph. Only 5 of these cars will be produced, and we hope those 5 owners can unsee the little face we spotted on the hood.

And for something totally different, this week the track-focused ZL1 has been confirmed as the fastest Camaro ever. With a verified top speed of 198 mph, the 2017 Chevrolet Camaro ZL1 equipped with the new 10-speed automatic transmission is faster than the 2017 BMW M5 Competition and the Jaguar F-Type R. The ZL1 was tested flat out at the High Speed Oval at Germany’s Automotive Testing Papenburg proving grounds and the car was completely stock, including tires, except for the data logging equipment and mandatory extra safety gear. Powered by a supercharged 6.2-liter LT4 V8, the Camaro ZL1 outputs 650 horsepower and 650 pound-feet of torque. All in, the ZL1 can rocket to 60 mph in 3.5 seconds, finish the quarter mile in 11.4 seconds at 127 mph, and achieve 1.02g of max cornering. 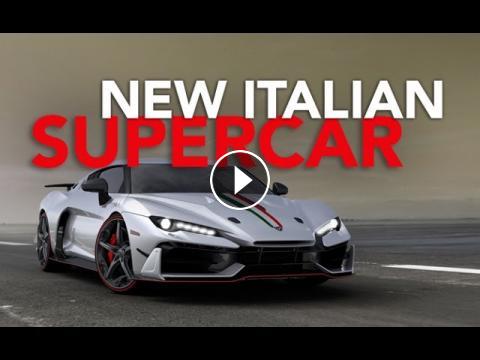 A lot of the news we have this week has to do with cars that will debut at the Geneva Motor Show and this week, and one of those is Toyota’s upcoming ...