admin
The 2018 Dodge Durango SRT has just debuted with three rows of seats and a 6.4-liter V8 that outputs 475 horsepower and 470 pound-feet of torque. The quarter mile time has been verified at 12.9 seconds, while the jump up to 60 mph takes 4.4 seconds, which is faster than a Porsche 718 Boxster.

A wide body design sets the SRT model apart, while a newly designed hood with a functional cold-air duct and heat extractors help to keep the V8 cool.

Drive modes will help to tailor the Durango’s performance and it even has an ECO mode. We all know you don’t care about the ECO mode, but there is also a Track Mode, which sends 70 percent of the engine’s torque to the rear wheels. It also speeds up shift times for the 8-speed automatic.

On top of all that performance, the Durango SRT is rated to tow 8,600 pounds and will hit dealers in late 2017.

But of course, is the Durango isn’t your style, Dodge has released another teaser for its Demon this week as well. This week’s video is called “Forced Induction,” and Dodge has revealed that the drag racing muscle car will have the biggest cold air intake hood ever installed on a production vehicle. This 45-square-inch Air Grabber will be key to squeezing more output from the supercharged Hemi V8.
In addition to the giant hood scoop, the Demon will have illuminated Air Catcher headlights to get even more air flow. The changes mean the air inlet temperature will be 30 colder compared to the regular Hellcat. Dodge will continue to release more information once a week until the Demon debuts in April.

On a slightly less crazy note, the all-new Hyundai Elantra GT has debuted this week at the Chicago Auto Show. The popular hatchback is lower, wider, longer and more stylish than before, making it appear much more mature and grown up. It’s also based on a European architecture, meaning it should also be better to drive.

There about  25 cubic feet behind the rear seat and more than 55 with the backrest folded flat. The hatch will also come in two models: the GT and GT Sport. The GT has a 2.0-liter four-cylinder engine with an estimated 162 horsepower. It can be paired with either a six-speed manual or automatic transmission.

The GT Sport gets big performance upgrades like a 1.6-liter turbo-four providing an estimated 201 horses and 195 lb-ft of torque, a better suspension and better brakes.

In typical Hyundai fashion, expect it to be quite affordable and come with a long list of features including all the safety and driver assistants that are now becoming the norm.

Also making its debut at the Chicago auto show this week was the all-new Ford Expedition, which weighs 300 pounds less than the old one. For 2018, this full-sized SUV gets an entirely new look, more power, more efficiency, and more driver-assistance features, all while shedding a whole bunch of weight, thanks to a new aluminum body.

The Expedition is powered by a 3.5-liter EcoBoost V6, but we don’t know any output figures. Just like the F-150, it will also have a new 10-speed transmission, stop/start technology, and the pro trailer backup assist for people who tow. There’s also a 360-degree camera, improved lane-keep assist technology, and adaptive cruise control that can handle stop-and-go driving.

Engineers have also promised that the third row is roomier and more comfortable, while the the second-row seats tip and slide for easier access. Those back rows can fold flat at the push of a button. Expect pricing, fuel economy and engine output to be revealed close to when the SUV comes out in the fall.

In other Chicago Auto Show news, the popular Toyota Tundra just got a refresh.

The big news for 2018 is that Toyota is adding a TRD Sport model to the Tundra. This model gets some unique design details and a few goodies that will make it better at off-roading.

Across the lineup, the Tundra has some styling revisions, although they are pretty minor, and we can barely tell the difference. The biggest changes are that the pickup trucks get Toyota’s safety gear as standard equipment. That includes stuff like pre-collision alert, lane departure alert, automatic high beams and radar-based adaptive cruise control. 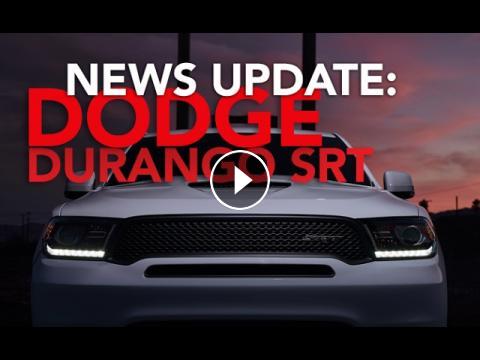