admin
Ford is dominating the news cycle lately. First off, the 2018 Ford Mustang was revealed to some mixed reactions with some people loving the refreshed Mustang's look, while others think it looks like a sad fish. The Mustang's V6 engine will be dropped, but the EcoBoost 4-cylinder and the V8 both get upgraded. No specs have been released yet, but more power and efficiency has been promised. The Mustang gets an optional new digital gauge cluster, 10-speed automatic transmission, dual-mode exhaust system and MagneRide suspension.

And if you really hated the new Mustang, Shelby might have a solution with its new Super Snake model. The company has introduced the Shelby Super Snake 50th Anniversary edition, which will be limited to 500 units worldwide. According to Shelby, the Super Snake does the zero-to-60-mph sprint in 3.5 seconds and can turn in a quarter-mile time of 10.9 seconds. Based on the Ford Mustang GT, the Super Snake combines Ford’s 5.0-liter V8 engine with forced induction for 670 horsepower, although optional superchargers are available to push power output to more than 750 hp.

The official specs for the Ford GT supercar have also finally been released. Ford says the twin-turbo EcoBoost 3.5-liter V6 will output 647 horsepower and 550 pound-feet of torque, which puts it smack dab into Ferrari territory. The Ford also beat a Ferrari 458 Speciale and a McLaren 675LT around a test track. Top speed is rated at 216 miles an hour and the weight clocks in at 3,054 pounds, but we’re still waiting for official zero to 60 times.

Moving to another American automaker, Dodge is continuing its slow tease of the upcoming Challenger Demon and has released some new information about the even crazier Hellcat. The back end of the car was revealed showing off a new widebody stance and some fat drag tires. Interestingly, the license plate in the teaser says “#[email protected]” and people have been wracking their brains trying to figure out what it means. We won’t know for sure until the Dodge Demon is fully revealed in April.

And with the Geneva Motor Show coming up soon, we’re starting to hear about some new cars that will debut there, one of them being a new Subaru Crosstrek. Subaru will debut the next generation Crosstrek at Geneva, and it will get a new style that makes it slightly less awkward-looking. We only have one teaser image to go off right now, and we can see that the crossover will get a more mature look that will be influenced by a concept we saw last year. As what is essentially a jacked-up Impreza, we can expect that this new Crosstrek will get all the same upgrades, meaning the interior will be a lot less boring and use higher quality materials, while the CVT will likely get tweaked to feel more natural and responsive. The Impreza also got chassis upgrades that improve driving dynamics and make it safer in a crash, so the Crosstrek will also benefit from these changes.

Mitsubishi still exists, and it is also bringing a new crossover to the Geneva Motor Show. Not much is known about this concept, but Mitsubishi really needs to bolster its lineup in North America and people want crossovers, so this is perfect. The automaker says it will be a compact crossover with a muscular look and it will likely slot in between the Outlander and Outlander Sport and compete with the upcoming Nissan Rogue Sport. 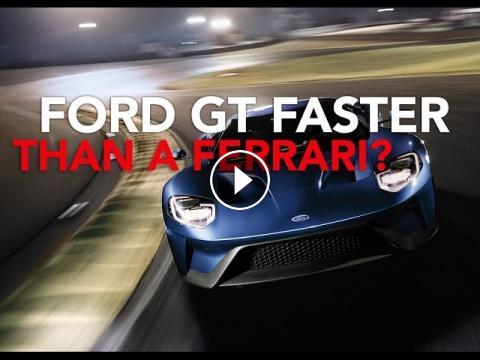 Ford is dominating the news cycle lately. First off, the 2018 Ford Mustang was revealed to some mixed reactions with some people loving the refreshed ...