admin
Dodge is continuing its slow tease up the upcoming Demon and we have learned a bit more information about this crazy Hellcat.

Dodge released a new video tester this week titled “Crate” and now we know that each Demon will come with a treasure chest full of tools and parts that will help muscle car have dual identities: a hardcore drag car and a street-legal road warrior.

So far, we know that the Dodge Demon will be a rear-drive, stripped-out muscle car with fat drag radials on all four corners, and that it will be more than 200 pounds lighter than the regular Hellcat.

With this week’s teaser package, Dodge also released an image of a personalized badge that will likely be affixed to each Demon crate. The serial number is 0757, which could allude to a horsepower or torque figure (a 50 hp increase over the Hellcat), but what does the 01121 VIN mean? We’re not sure. Tom Coddington is a famous drag racer that was part of the Ramchargers team in the 1960s.The Dodge Challenger SRT Demon will debut at the New York Auto Show in April.

Mercedes-AMG this week debuted the new E63 S Wagon, which is proof that wagons really do belong in this world.

The wagon is powered by a 4.0-liter biturbo V8 with 603 horsepower and 627 pound-feet of torque. Power goes to all four wheels via a nine-speed transmission. The result is a zero-to-60 mph time of 3.4 seconds. What makes this wagon so much more than a family hauler is that it has variable torque distribution and you can drive it purely as a rear-drive car, which means you could drift this wagon! The wagon has a drift mode, which I’m sure your kids would love.

Of course, it is a wagon, meaning cargo capacity ranges from about 23 to 64 cubic feet, which Mercedes says is the most offered in any performance wagon. Being an E-Class, it also gets all the tech and driver assistants you could ever want.

The Subaru Legacy has just been refreshed for the 2018 model year but it looks pretty much the same.

The front and rear ends have been revised for a sportier appearance, while the interior has been upgraded with more premium materials. Engineers have also focused on making the Legacy’s ride smoother and quieter.

No engine updates were made, but the CVT has been retuned to offer smoother and more responsive acceleration. Active torque vectoring is also standard. The Legacy is also available with new driver assistance features like responsive headlights and automatic high beams.

There are new rumors that are suggesting that a new Honda S2000 might be on its way. But we shouldn’t get too excited just yet. Honda might be celebrating its 70th anniversary next year and might unveil a new S2000. As what’s being dubbed the baby NSX, an S2000 successor probably won’t be like the roadster we remember, and it might not even be a roadster at all. Some publications are reporting that this new car will have a two-stage boosting system that uses electrically driven forced induction. We’re also hearing that it might only be available with an 8-speed dual clutch transmission and no manual.

Range Rover is working on a new coupe SUV to compete with the BMW X6, and now we might know what it will be called.

Reports are saying that the upcoming Range Rover coupe will be called the Velar. We’re not sure what the name means, but Range Rover is promising it will still be able to off road. Considering that the Evoque is one of the better looking SUV coupes out there, we’re hoping the Velar will be just as pretty, and not look anything like the hideous X6. We’re expecting this new Velar to debut at the Geneva Motor Show in March. 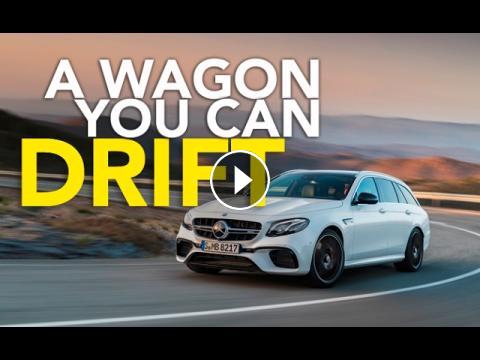 Dodge is continuing its slow tease up the upcoming Demon and we have learned a bit more information about this crazy Hellcat. Dodge released a new vid...