ava
One of the world's oldest iPhone app developers, a trailblazer in making smartphones accessible for the elderly.
Frustrated by the lack of interest from the tech industry in engaging older people, she taught herself to code and set about doing it herself.
The over 60s, she insists, need to actively search out new skills to stay nimble.
"As you age, you lose many things: your husband, your job, your hair, your eyesight. The minuses are quite numerous. But when you learn something new, whether it be programming or the piano, it is a plus, it's motivating," she says.
"Once you've achieved your professional life, you should return to school. In the era of the internet, if you stop learning, it has consequences for your daily life," Wakamiya explains during an AFP interview at her home near Tokyo.
She became interested in computers in the 1990s when she retired from her job as a bank clerk. It took her months to set up her first system, beginning with BBS messaging, a precursor to the internet, before building her skills on a Microsoft PC, and then Apple's Mac and iPhones.
_______________________
Like us on Facebook:
Follow us on Twitter:
Follow us on Instagram:
Like us on Google+:
Al Arabiya English website:
Subscribe to our Youtube channel:
_______________________
The English site of the Arab world's leading news channel 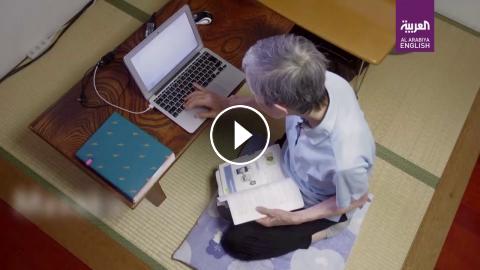 One of the world's oldest iPhone app developers, a trailblazer in making smartphones accessible for the elderly.Frustrated by the lack of interest fro...